My Six Month Journey into Executive Search at Propel 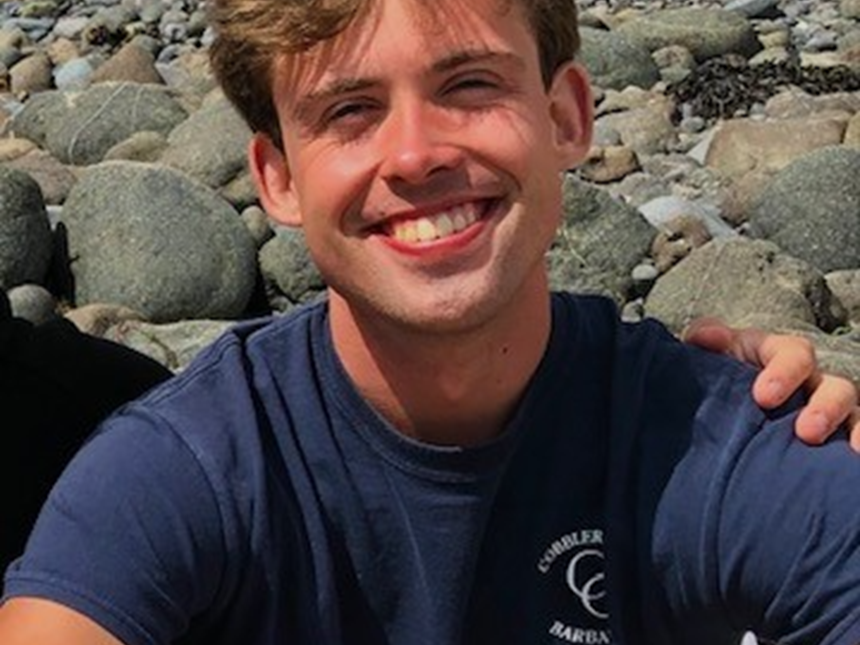 This will be my sixth month at Propel, and it’s been quite the adventure! It’s a real testament to both the people at Propel and the opportunity itself that I am really starting to feel at home in this new world…

I arrived at Propel in September – having just finished up a very enjoyable two weeks working at the Wimbledon dressing rooms, in a role that ruthlessly exploited my lack of ability when it comes to folding towels, or any type of clothing. I was much happier helping and building relationships with the athletes, which made me hungry for any future job to involve both working with high achieving, inspiring people, and to regularly involve genuinely consistent human contact. Fortunately for me, I was approached by Alice (our highly persuasive internal recruiter), who quickly convinced me to have a look at the opportunities in Executive Search at Propel. I was initially sceptical – it wasn’t an area I had pictured myself working in. Nonetheless, I took her advice, and a few weeks later I found myself sitting in a trendy Soho office, surrounded by professionals operating at the very top of their game. To say I felt I had lucked out would be an understatement!

I joined Phil Rees, one of the Directors and Head of Executive Search at Propel, initially in a team of just two. Phil is both highly experienced and (luckily for me) very patient, so I felt privileged to be in a position to learn so much off him directly. My role is effectively two-fold: outreach and securing high quality executives, and then guiding them through a process, all the while communicating with and listening closely to the requirements of the client. It was quickly apparent to me that I had been handed a special opportunity – I seemed to pick things up quickly, and Phil trusted me almost immediately to make judgements on candidates. I was also able to sit in on meetings and work with some incredible household names – NOW TV, WeTransfer, and Freddie’s Flowers, to name just a few – the chance to build up relationships with some incredibly talented and successful people is not something that comes around every day! Furthermore, as the months have progressed, I have played an increasingly large role in several high-value placements. I am finding that my candidates are increasingly either being placed, or are being moved over to help fill other roles straight away – it’s incredibly satisfying and also very rewarding.

I cannot understate how important this was for me when I chose Propel. I would describe myself as an ‘extroverted introvert’ – I’m not the kind of man to punch a hole in a wall when things go wrong (not strong enough), nor do I disappear into a puddle when I’m confronted for not folding a towel correctly. Fortunately for me, as was apparent from the very first interview, Propel is full of brilliant people, who are both go-getters and high achievers, but also supportive and highly collaborative. I was told when I arrived that everybody would help me regardless of where they sat in the business. I didn’t believe this for a second, until virtually the entire 25 strong company scheduled half an hour out of their busy days to personally introduce themselves and offer their support, and (crucially) continue to do so. I dislike egos, toxic masculinity, overly-righteous preaching, and fish, and there are none of these in the office. This is a massive relief – it is a genuinely refreshing and enjoyable place to work. I’ve also been given an opportunity to train new recruit Maddie – she’s brilliant. I think it is going well as she hasn’t left or asked for a new coach yet – there is still time I suppose.

I am (and always have been) relentlessly ambitious – I will not settle for anything less than the very best, both of myself and of the company I work for. Propel provides the opportunity to fulfil an individual’s potential, and offers a long and lucrative career in a booming sector, should you want it enough. I am excited to see where this path leads me – I really hope that I am able to continue my development at this rate alongside some of the most driven and inspiring people in the industry. As we recover from the pandemic, it’s difficult not to get excited as the wealth of opportunity that is appearing – and I fully intend to make the most of it!