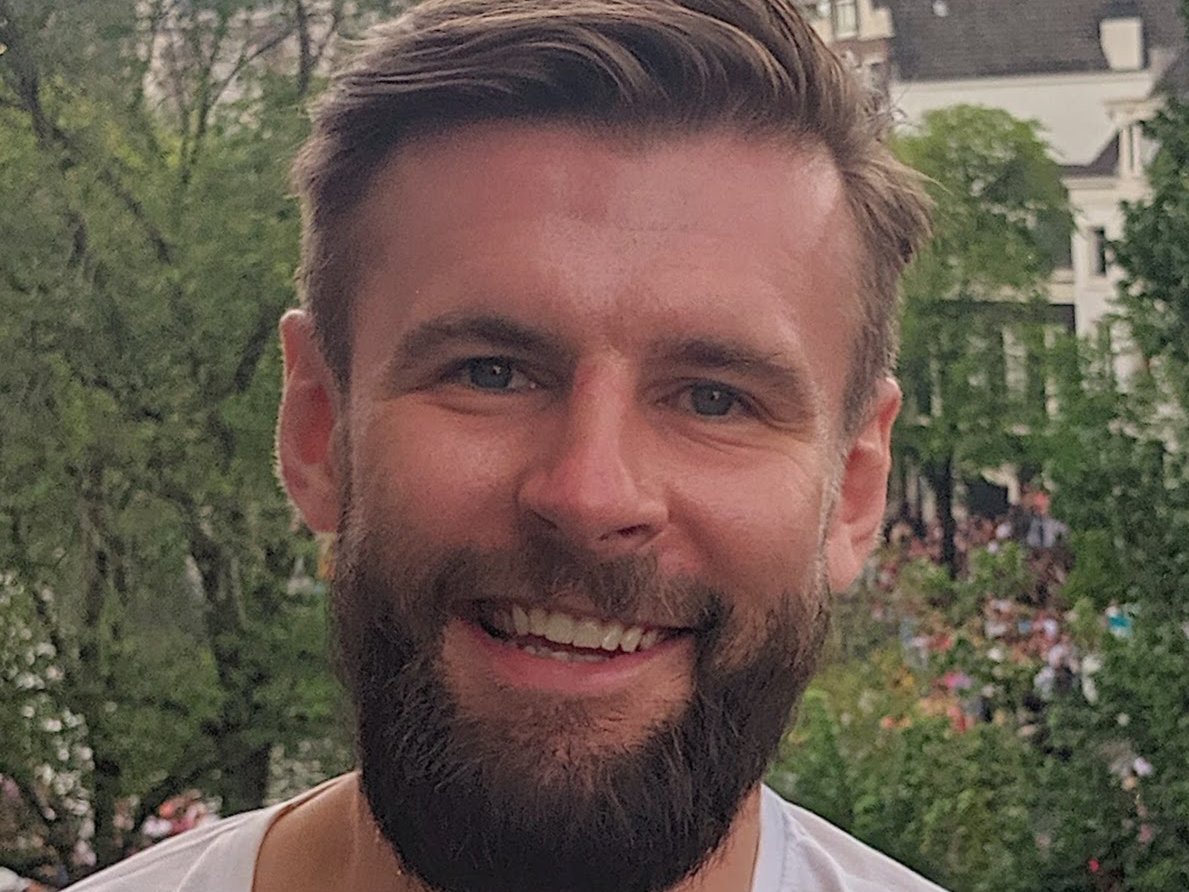 As Pride month is slowly coming to an end, our awareness and celebrations are not! In the fourth blog of our #AllOurPride series, we sat down with the Co-founder of Series Q Barry T. Whyte to talk about the meaning behind his business and his personal outlook on Pride and coming out…

Who are you and what do you do/work for?

I am Barry T. Whyte, a Freelance management consultant, having worked on several things over the past few years, most recently I was at the Financial Times where I ran a business unit called FT strategies. FT Strategies is a consulting firm for other media businesses, focusing on digital transformations. Before my time as a freelance managing consultant, I was the COO of a tech start-up called Decoded. It wasn’t until the start of covid that I fell into the freelance consulting sector and surprisingly for myself found I enjoyed it.

What is Series Q and why is it so important to you?

Series Q was founded six years ago (still blown away by how quickly those years have flown by), starting as a group for LGBTQ+ entrepreneurs and creators. It essentially grew from this trend that was quite new at the time but is fairly embedded these days of corporates having LGBTQ+ affinity groups, but when you think of entrepreneurs or those who work in start-ups in businesses of 10 people or less, sometimes the idea for an LGBTQ+ group just doesn’t make sense. Often these occupations can be quite lonely, if you are an entrepreneur, founder, freelancer or creator, you are often working independently and that sense of community and solidarity is quite important, so we set up Series Q as a sort of cross-industry level effort to bring anyone working in the start-up world together and people regardless of being a founder, investor, freelancer or any role they are all welcome to join Series Q.

Series Q plays the role that an employee group would play, providing visibility to that community, for example, if anyone was wanting to speak with an LGBTQ+ individual in the start-up world we would set that up for them. We do a lot of work with Government departments for example whenever they want to engage with an LGBTQ+ small business community. We also provide connectivity, so help others to make new connections. We have lots of success stories of founders finding investors or a freelancer finding their next gig through Series Q. The third thing we do is Inspiration – there are not that many successful, notable, visible LGBTQ+ entrepreneurs out there if you were to look at a para list in somewhere like the Financial Times of who’s the shakers of their world. We want to change that and provide visibility to those who are LGBTQ+ and successful, to celebrate their achievements and inspire others.

Back in my early career, before the days of Decoded, the LGBTQ+ employee network at the firm was very important to me, it helped me feel comfortable being out at work. There are a lot of statistics out there on just how many young people chose to go back into the closet when they start their first graduate job. But having a visible LGBTQ+ network is an incredibly powerful device in making people feel comfortable and confident to be their authentic selves. So what I hope is that Series Q gives young people who are joining a start-up or making it on their own as an entrepreneur the confidence and support to be their authentic selves, to be out and proud while they are doing it, which is what I believe is the right to business success, being true to yourself.

What do you believe has changed since you set up Series Q in terms of LGBTQ+ support within the business?

Firstly, the entire LGBTQ+ landscape has very much evolved over the past few years. Trans people are now being given so much more prominence, and rightly so, and young people are feeling much more confident in the diverse range of gender identities that are being accepted. It has been interesting for me to see the entire queer culture evolve, and in this respect, the need for businesses to keep up with that evolution of queer culture.

I think talking about LGBTQ+ issues in a workplace is now very much normalised, in a way that wasn’t at the start of my career. I think that is partly due to societal changes, and changes in government legislation like same-sex marriage but there are many more subtle changes too. The fact these conversations are now happening unlike before is a great thing and shows we are moving in the right direction. I do think there are some issues on the horizon which haven’t yet been fully explored, parental support for gay parents is one, especially in the situation of surrogacy. Another one is a variety of trans medical issues which a lot of large businesses are starting to pay attention to, but the smaller businesses and start-ups, these issues sometimes take a bit more of a back seat which highlights perfectly the need for a firm like Series Q.

What does Pride mean to you? And how do you and your business get behind it?

The interesting thing about Pride to me is it’s a time when the entire community comes together. So often the LGBTQ+ exists in tribes, but sometimes those tribes don’t necessarily cross paths, whereas, at Pride, everyone comes together and not just for Pride itself but the entire month around pride and it reminds us of what we have in common, it’s a time to celebrate what we all have in common.

Series Q tries to do two big events every year, Pride being one of them as it’s right in the middle of the year so a great opportunity for individuals to come together during the summertime. We also host another event around Christmas time. We do host some smaller events throughout the year, for example, we may run dinner for several founders who are a part of Series Q, but they tend to be more targeted and low-key compared to our two big events a year – Pride and Christmas!

This year our Series Q Pride event is all about celebrating our members and community, there are always so many individuals from such different walks of life that it offers people the opportunity to meet people you may not necessarily meet in another day-to-day scenario

What were your personal experiences of coming out as gay?

So I have a theory that people come out a few different times, so the first time that you come out it’s to yourself and it’s when you understand that you are gay. The second time is when you come out to your friends, family and those close to you and it becomes a socially accepted thing. But I feel like there is a big gap that we don’t talk about often, and this was true for me, between coming out to friends and family to then coming out professionally to your work colleagues and clients. For me, there was this gap of more than a couple of years before I felt comfortable coming out at work and that holds you back because an integral part of the business is making those strong connections with people and building a network.

It feels like you can’t have a trusted relationship with anyone if you aren’t honest, so honesty for me is very important in business and my experience of coming out is very much, yes you do it personally and socially, but then there is still this big scary thing of coming out professionally that I was apprehensive to tackle for a few years, which is kind of funny to me now looking back after I’ve set up a community like Series Q and been an advocate for coming out in a professional and personal level. I struggled with that last bit of coming out it took me a while to feel confident and comfortable in the workplace. But I very much hope Series Q helps gives others that confidence.

What advice would you give to anyone who hasn’t come out yet but wants to?

I think the thing that holds a lot of people back from coming out is the fear that relationships that are important to them will somehow be damaged by it. So those who are afraid to come out to their friends because they think their friends will think they’ve been lying to them or family. People are scared that relationships will be damaged, but actually, relationships are naturally always just enhanced because you’re just being honest and truthful with someone. For me personally, every single relationship that was important to me that I had before I came out improved after I did. Don’t be scared of damaging relationships with people because you’ll only make them stronger.